HOW DO SCALES WORK?

Scales are used in almost every facet of life, but how do they actually work? No matter their function, all scales work basically the same way.

Midwest Motor Express, Inc. has seen exponential growth in the 100 years since its 1918 opening as Snyder’s Dray and Transfer in Bismark, North Dakota. The company began with humble beginnings, hauling sand, gravel and freight with horses and wagons. Today, Midwest Motor Express is one of the pre-eminent regional carriers in the upper Midwest and greater Northwest. 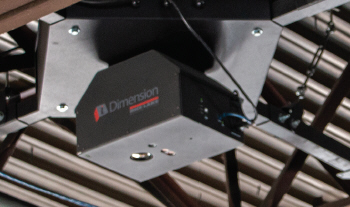 A five-minute manual measurement process has been shortened to three seconds thanks to iDimension 400.

A five-minute manual measurement process has been shortened to three seconds thanks to iDimension 400.
Dimensional weight shipping is the shipping and logistics industry’s solution for maximizing a carrier’s ability to load less than truckload (LTL) freight more efficiently. With the e-commerce market booming at the turn of the 21st century, carriers saw an ever-growing increase in ground LTL shipments. These e-commerce packages were being shipped in ways that created excess void and packaging material space. Carriers like Midwest Motor Express saw a growing trend of truckloads under capacity by weight, even though volume per truckload was at capacity. They were shipping lighter truckloads than ever before, which had a negative impact on their bottom line.

With each truckload that reached space capacity before weight capacity, carriers needed to dispatch more loads from transfer stations and the original shippers were not charged for the extra space their packages created.

When a carrier can utilize more space, they fulfill more shipments at a faster, leaner and heightened yield. The best way to utilize more space in packaging is to decrease the amount of void or packing material space by implementing right-size packaging and using high-efficacy materials for product cushioning.

To encourage shippers to pack goods more efficiently, carriers began using dimensional weight shipping costs, which is a billing method that uses the volume of the package (length x weight x height) and an industry standard divisor (currently 139 for domestic shipments and 169 for international) to calculate the package’s DIM weight in pounds. The carrier then compares the DIM weight to the package’s standard weight and bills whichever is greater. 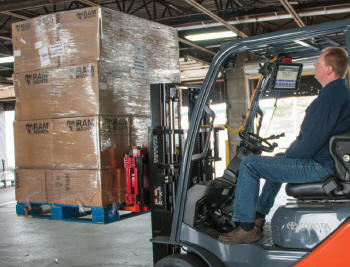 Up to 300 pallets per hour can be dimensioned with Rice Lake’s iDimension 400.

The DIM weight movement provided the answer for carriers to maintain profitability and be more efficient with their shipping processes. However, change comes with its own set of obstacles. To begin implementing DIM weight billing practices, carriers need to capture, document and charge shippers based on the package’s dimensional weight.

The traditional method of manually measuring packages to calculate and determine DIM weight, actual weight and billable weight for each package is labor and time intensive. To combat this increased process time and labor, large carriers began installing and integrating dimensioning systems into their standard work operations—committing to the DIM weight movement. 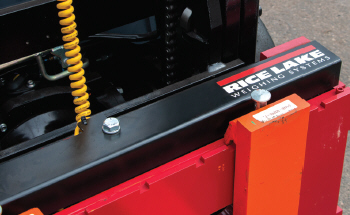 The iDimension 400 captures Legal for Trade, NTEP Certified dimensions at 8 × 8 × 8 feet with 0.5 inches of accuracy. It is capable of dimensioning up to 300 pallets per hour (which is faster than most operations can keep up with) and captures dimensions with 360-degree access for easy pallet placement in the center of the target zone. The iDimension 400 at Midwest Motor Express takes only three seconds to do what a field inspector would do manually in as much as five minutes. With many terminals in their region, Midwest Motor Express plans to integrate an iDimension 400 in each of their nine large outbound terminals.

Ease of integration and dependability were driving factors in Midwest Motor Express’ search for a dimensioning system supplier. Midwest Motor Express knew that an iDimension dimensioner would provide all of the information they needed with dependability. What they didn’t expect was Rice Lake Weighing Systems’ dedication and exceptional hands-on customer service to ensure the dimensioning system was adding value to their operation. “It’s been a great partnership to work with Rice Lake,” says Brennan. Midwest Motor Express utilizes Rice Lake products throughout their terminal, including floor scales, forklift scales and instrumentation.

“Rice Lake is all we could have asked for in a company to work with,” continues Brennan. Dependability in service and utmost customer service are qualities both Midwest Motor Express and Rice Lake Weighing Systems share, creating an unmatched partnership in logistics.

Midwest Motor Express is home to many claims of fame, including their experienced drivers, impeccable safety record and one of the lowest claim ratios in the business. The company continues to grow, and with weighing and dimensioning systems integrated into their proven business model, a future of continued superior transportation services as an industry leader is en route for Midwest Motor Express.